Arrival of the wounded at Paignton Railway Station

The wounded came by hospital train from Southampton and arrived at Paignton station, where vehicles of all shapes and sizes were used to transport them to Oldway. Those on stretchers - cot cases - were transported by ambulance. Those that could walk were taken in private cars, and as we see here, the GWR omnibus. This is the arrival of the second contingent of wounded at Paignton on 16 October, 1914. Paris Singer can be seen wearing the armband, and Col. Gunning, Commandant of the Hospital. 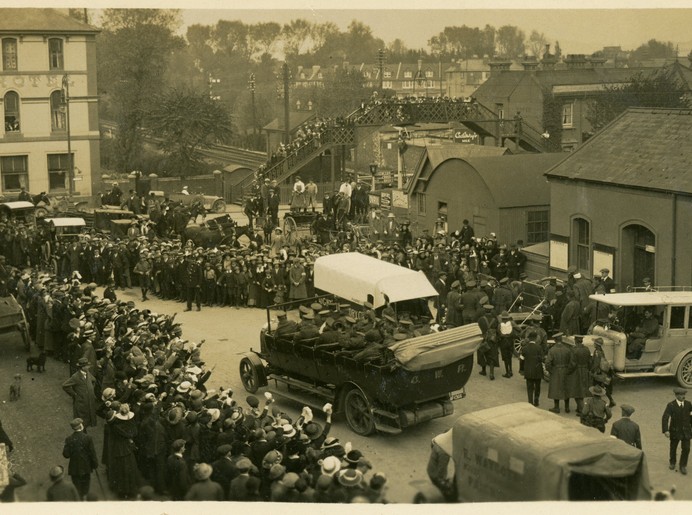